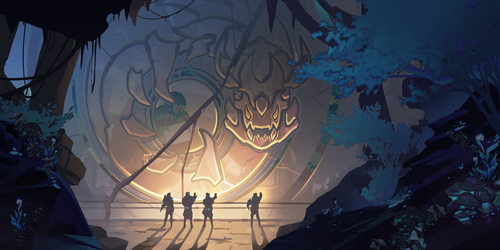 The Behemoth depicted in the wall carving appears to possess annelid and insect elements—part worm, part bug, as Kat might describe it. Called to mind the megapede that gave me a nasty sting on the expedition to the Krolachi Highlands. As a scientist I'm naturally intrigued, even eager, to learn more about this beast—but as a human being who has already lost enough to the Behemoths, I hope it died out long ago.

But it's the strange artifact the Behemoth has coiled itself around that really concerns me. I believe I’m looking at a depiction of relic Void Runner technology, and whoever carved this image meant to show a bond between beast and machine.