From Dauntless Wiki
Jump to: navigation, search
This article is a stub. You can help Dauntless Wiki by expanding it.
Reason: "No reason has been provided" 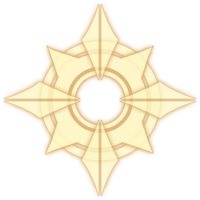 The Uncharted Reaches are some of the farthest locations in The Shattered Isles, and the fourth zone of Dauntless.

The aptly named Uncharted Reaches are some of the outermost islands in the Ram formation. These islands are often exposed to wildly chaotic aetheric storms and strange new Behemoths, both of which emerge from the Maelstrom with increasing frequency. Farslayers can often be found here taking part on long, carefully planned hunts. If the Uncharted Reaches can be tamed, the Maelstrom awaits.

The Orrery believes Frostmarch is an undeveloped chunk of pre-Upheaval terrain that was frozen in time - literally - many centuries ago.

A forested isle that servers as a vantage point from the charted skies into the swirling Maelstrom. The explorers who named it found the storm to be a revelatory experience.

A dangerous forest isle on a course that brushes up against the Maelstrom. Underwald is occupied by Behemoths that feed off the storm's chaotic power.