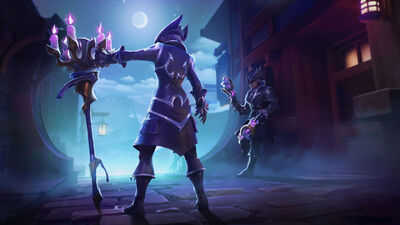 The Night Hunters is a group formed by concerned citizens and bolstered by Slayers, warriors, guards, and airship sailors from across the Isles, the Night Hunters foremost goal is simple: to see – and stop – the Unseen.


The Night Hunters are not scarred of the Unseen anymore, they now know how to deal with them. They have embraced the style and gear of those early protectors of humanity as they seek to understand the extent and true nature of the Unseen threat. It’s a revival of a faction that predates even the formal formation of island-states like Ostia or Avellainia.[1]