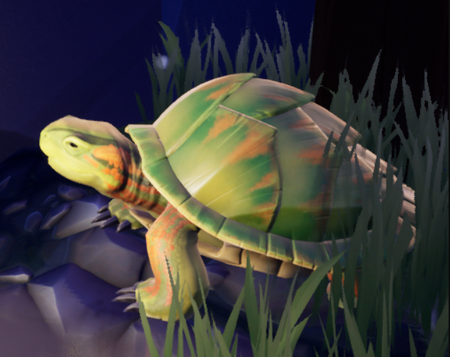 The turtle is a passive Fauna found in Ramsgate. The turtle has now been named Hector, you can see this as one of the tips in the loading screens. Unlike the dogs Max and Bruna you are not able to interact with the turtle.

One of Ramsgate’s oldest denizens, the perpetually misidentified tortoise named Hector the Turtle has been the unofficial mascot of the Heigksetter Smithy since at least Moyra's grandmother's day. And as everyone in Ramsgate made their way to salvation through the portal, Moyra refused to leave until she'd found Hector and hauled him through to safety. A perpetually good-natured reptile, Hector was presumably fine with this.